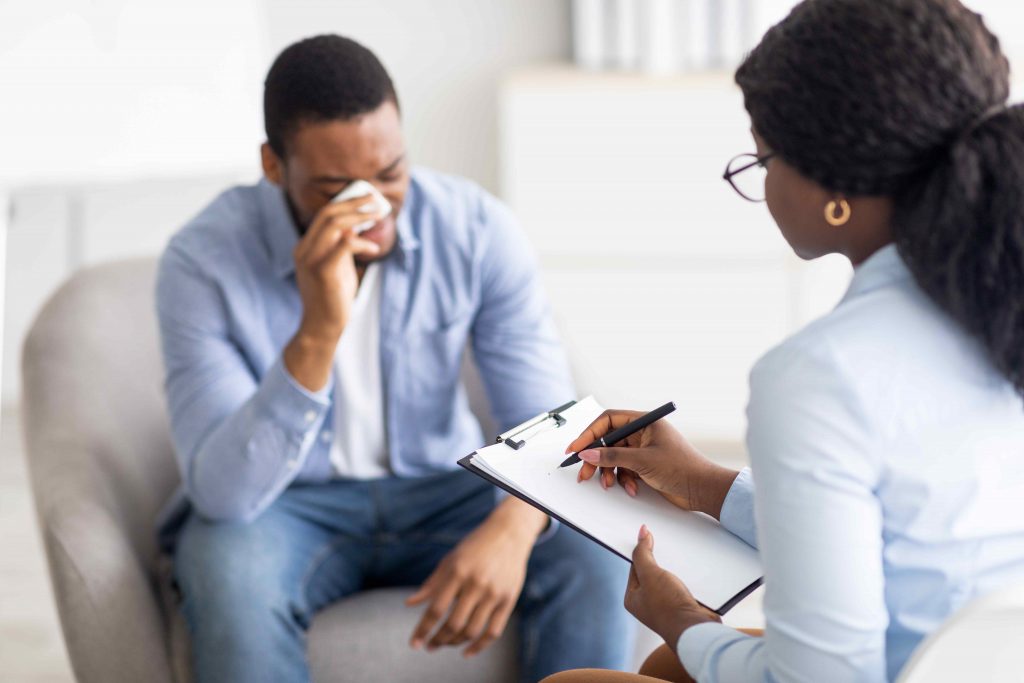 July is Minority Mental Health Month when we can bring awareness to the neverending challenges minorities face concerning mental health and its treatment. Minority mental health remains a huge issue in the US and worldwide, even though every race can suffer from mental health disorders. We can all do our part by educating and speaking out during and after Minority Health Month. We all have a role to play and voices to be raised to ensure everyone gets access to the care they need and is available.

Mental health challenges vary from community to community, and people’s lived experiences also differ based on the intersection of their identities. In the African American community, mental health issues are often compounded by the psychological stress of systemic racism. As a result, African American adults are 20 percent more likely to report severe psychological distress than white adults. I could give you paragraph after statistics and percentages on minority mental health all day, but I understand. I think you should hear some of the stories of minorities suffering from mental health disorders and why.
Her maternal grandfather refused to meet her or her sister until she was ten. Her mother was disowned and thrown out of the house for getting pregnant by a black man. Her father refused to accept or move past his racial hatred of her father and accept the union between his white daughter and a black man.

Imagine growing up knowing people in your own family hate you just because of your skin color. Then add insult to injury, the neverending teasing and name-calling on playgrounds from Pre-K to senior year. The ignorance of people who ask, “are you adopted” because they couldn’t conceive of how she related to her parents. The constant questions and labels from a society that demands to put you in a box were exhausting for her. This was just a tiny portion of her childhood, but it shaped her mental well-being, created self-doubt, and planted a trauma that she is still dealing with. What her parents endured, her grandparents took and caused, and what her ancestors from both sides of her family tree went through all compounded and weighed heavily on her mind.

“In our community, there is a longstanding belief that [seeking] therapy automatically means you are ‘crazy,'” and “Those living with mental illness remain silent due to an overwhelming fear of being judged.”

In 2013, a cross-sectional survey of African Americans aged 25 to 72 found that both men and women were not open to discussing their psychological issues and were concerned about the stigma surrounding mental illness.

Jacqueline’s generational trauma is accurate and a large part of her mental health journey. Generational trauma (also known as intergenerational or transgenerational trauma) is a trauma that is passed down from one generation to the next. “The symptoms of generational trauma may include hypervigilance, a sense of a shortened future, mistrust, aloofness, high anxiety, depression, panic attacks, nightmares, insomnia, a sensitive fight or flight response, and issues with self-esteem and self-confidence.” (https://www.health.com/condition/ptsd/generational-trauma) Minoritized communities are known to be more susceptible to generational trauma by nature of the history of oppression, abuse, and systemic exploitation of these communities.

Throughout childhood and afterward, as an adult, she has been challenged to redefine herself as a racial minority and struggles to find clarity for that. A wise man once said it’s not about the labels they give you. It’s not about what they call you. What matters is what you answer. I’m black, and Jacqueline is mixed. In both our worlds, that makes us a minority. I’m proud to be different, to own my experiences (the good and the bad), and to be able to learn and grow from them.

Education is the only way to understand what minorities face when facing mental health challenges. Mental health disorders are most genetically prevalent within minority populations.
Instead, environmental and cultural factors like social norms, discrimination, racism, and poverty perpetuate trauma and make it more challenging to get the help needed.

Help is there for those who want and need it. As minorities, we have to be willing to let go of the fear that binds us and seek out help without imagining that we will be ridiculed and judged for our illness. Reach out to your family, friends, or physician for use if you feel you can’t reach out on your own. Let’s spread the word to the world and let every minority know that it is perfectly okay not to be okay and get the help you deserve.